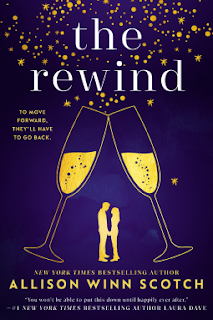 When college sweethearts Frankie and Ezra broke up before graduation, they vowed to never speak to each other again. Ten years later, on the eve of the new millennium, they find themselves back on their snowy, picturesque New England campus together for the first time for the wedding of mutual friends. Frankie’s on the rise as a music manager for the hottest bands of the late ’90s, and Ezra’s ready to propose to his girlfriend after the wedding. Everything is going to plan—they just have to avoid the chasm of emotions brought up when they inevitably come face to face.

But when they wake up in bed next to each other the following morning with Ezra’s grandmother’s diamond on Frankie’s finger, they have zero memory of how they got there—or about any of the events that transpired the night before. Now Frankie and Ezra have to put aside old grievances in order to figure out what happened, what didn’t happen...and to ask themselves the most troubling question of all: what if they both got it wrong the first time around?

The Rewind is the latest novel by Allison Winn Scotch and will be published on November 1st, 2022. Berkley Publishing Group provided me an early galley in exchange for an honest review.

This story reads like a quirky 90's romantic comedy. Through the narrative viewpoints bouncing back and forth between Frankie and Ezra with every chapter and the return of the characters to their old college stomping grounds, Scotch is easily able to unfold the history between the couple as they attempt to account for what exactly happened the night before. Having gone to college in the 80's like the characters did, I could very much relate to their situations, surroundings and experiences. I especially liked the song lyrics that are peppered throughout the book; that appeals to the popular music side of my personality.

I also liked that the story takes place on New Year's Eve of 1999. By dialing it back a few decades, the author takes readers back to a "simpler" time when the Internet was still a novel thing and the phones we carried in our pockets could only be used for communication. It gives her some very realistic hinderances to the resolution of the mystery that Frankie and Ezra find themselves in. One has to be extra careful not to slip in references that should not be there or give characters viewpoints that are common in modern times but not when the story is set. Thankfully, Scotch is able to navigate those areas well.

The ending was a little bit predictable, but this story is about the journey and not the destination.

Posted by Martin Maenza at 2:31 PM