The Ryman and the Hall of Fame 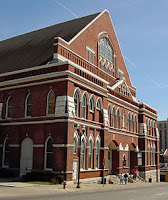 After our first night in Nashville and celebrating music (click here for yesterday's post), the rest of our weekend was going to continue to focus on the sounds of city.

Saturday morning was spent shopping, but by the afternoon my wife and I were hanging out downtown. We would stop in a variety of local establishments to listen to some musicians play for the bar and restaurant patrons. It was also a good time to people watch. There were quite a few bachelorette trips in town for the weekend - trust me, you could not miss these groups of rowdy ladies out for a weekend romp.


Sunday morning we began with a tour of the Ryman Auditorium, which is known as "the soul of Nashville". What started out as the Union Gospel Tabernacle church, a $100,000 structure, in 1892, the building was soon renamed after the man who made it possible - Captain Thomas G. Ryman. Under the management of Lula C. Naff, one of the few businesswomen of her time, the Ryman became a venue for music and theatre performances. From 1943 to 1974, the Ryman was the home to the Grand Ole Opry and became known as the "Mother Church of Country Music". Johnny Cash's 60's television variety show was taped here, and the theatre was used in such films as Coal Miner's Daughter and the recent television show Nashville. Today, it hosts hundreds of concerts and private events annually. 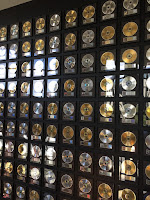 Our next stop was just a few blocks away. The Country Music Hall of Fame and Museum is a multi-floor, multi-media celebration of country music and the artists who make up its community. The wall of gold records that adorn the wall overlooking the lobby sparkles like a beacon, guiding visitors to the many exhibits inside. 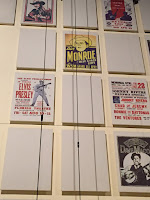 We started off up on the third floor on the long hallway with presentations on the roots of folks music of the 1960's. Above on the wall is a gallery of prints from the Hatch collection that spotlight concerts from that era. 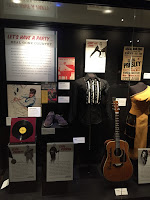 One of the many displays there that caught my eye featured memorabilia from such greats of the early days of rock 'n' roll - Elvis Presley, Jerry Lee Lewis and Carl Perkins. One of the vehicles that was on display here was a gold-plated Cadillac that Elvis used when going from Graceland to Nashville; the car included in the back a television, a record player, and an icemaker that could freeze cubes in two and a half minutes. 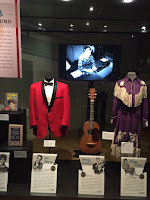 Another display focused on the early country and western stars like Brenda Lee, Jim Reeves, Marty Robbins and Patsy Cline. 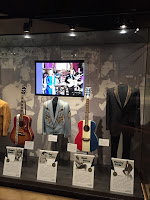 And still another featured items from Connie Smith (who we had seen the night before), Ray Price, Buck Owens (who I knew from many Saturday nights watching Hee Haw with my grandmother), and Charley Pride. 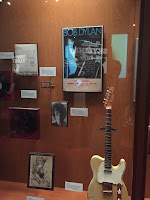 The second floor featured a new exhibit called Dylan, Cash, and the Nashville Cats, which focused on the 60's coming together of the folk and country sounds. Nowhere was this more evident than the televised performances of Johnny Cash with Bob Dylan. 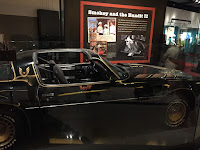 As the displays moved through the 70's and featured such artists as Dolly Parton, Kris Kristofferson, Glen Campbell, Eddie Rabbitt and Barbara Mandrell, another vehicle on display was the Trans-Am driven by Burt Reynolds in Smokey and the Bandit II. 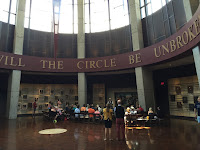 The final stop is the rotunda area that recognizes all of the inducted members of the Country Music Hall of Fame. The title "Will the Circle Be Unbroken", taken from a Christian hymn that has been recorded by many country and folk artists, conveys the message of country music's continued connection to its audience around the world. 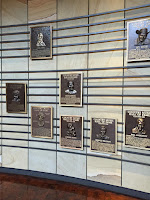 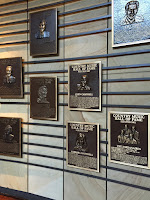 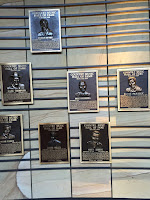 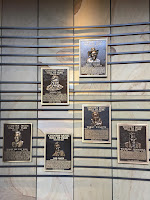 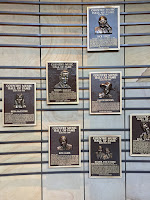 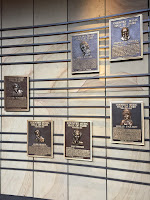 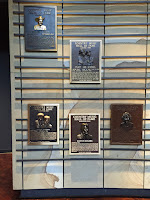 Thanks for sharing your adventures in Music City.