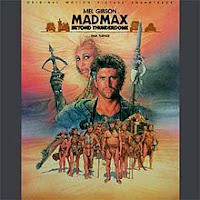 Welcome to another edition of Soundtrack Saturday.

Given that Mad Max is returning again to theatres, it is fitting we take a look back at this record. For my full review, click here.
Posted by Martin Maenza at 4:00 AM