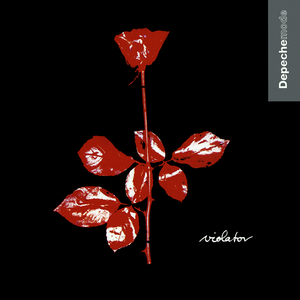 This is the first of, hopefully, a number of guest blog posts written by my online buddy Herc (the link to his blog can be found along the right column and also here). He does a lot of music-based posts as well so you should check him out. I'll sprinkle my own comments in via italics.

Today (March 19th) marks the twenty-fifth anniversary of Violator, Depeche Mode's seventh studio album. This 1990 release spent seventy-four weeks on the US Album Chart, peaking at number 7. Attesting to the band's global popularity, Violator made the Top 5 in the UK, Austria, Canada, Germany and Switzerland while topping the chart in France.


“World in My Eyes" kicks the album off with a groovy bass line supporting several interesting synth and percussion sounds. As the album's fourth and final single, it sported not one but two non-LP B-sides on each format of the single: "Happiest Girl" and "Sea of Sin". The single went to number 17 in the UK, number 52 in the US, number 17 on the Modern Rock Tracks chart and number 6 on the Hot Dance Club Play chart. The song's lyrics seem to refer to the singer's love-making prowess. Or his expertise as a global tour guide.

The second song "Sweetest Perfection" fades in quietly, noticeably starker musically than the song before. The rhyming wordplay of the lyrics is a distraction to whatever their intention was meant to be.

Released six months in advance of the album, "Personal Jesus" was the first single. With the non-LP B-side "Dangerous", it climbed to number 28 on the Hot 100 in the US and lucky number 13 in the UK. The controversial song, inspired by Priscilla Presley's Elvis And Me, also rose to number 3 on the Modern Rock chart, number 9 on the Hot Dance Music/Maxi-Single Sales chart and number 12 on the deejay oriented Hot Dance Club Play chart. This song always reminds me of those Clint Eastwood spaghetti western movies for some reason and I especially enjoy the respective cover versions by Johnny Cash and Marilyn Manson. "Personal Jesus" is ranked number 377 on Rolling Stone's 2011 list of The 500 Greatest Songs Of All Time.

MM: I would crank the radio whenever this one came on; I really dig the rhythm and beat of this tune. Oh, and I have totally wanted to write a novel or short story with the opening line "reach out and touch faith".

“Halo" sees the rise of the funky bass synth, and the lyrics find the singer pledging sanctuary to his love, who wears their guilt "like a halo in reverse." Curiously, that one line is the only time the word "halo" is found in the song.

"Waiting for the Night" has a gentle and sweet lullaby tone to it, all twinkly much like the opening notes of Owl City's "Fireflies" almost twenty years later. The song continues the album's pace of an up-tempo song followed by a down-tempo song.

The pulsing rhythm returns with "Enjoy the Silence", the second single featuring yet another non-LP B-side, the wonderfully titled "Memphisto" on the 45 and cassette single formats and still another non-LP B-side, "Sibeling" on the 12" and CD single formats. The single peaked at number 6 in the UK, where it was named Best British Single at the 1991 BRIT Awards, and number 8 in the US on the pop singles charts. It also topped the Modern Rock Tracks and climbed to number 6 on the Hot Dance Club Play chart. For many fans, hardcore and casual alike, it remains the definitive DM song. I was surprised after all these years to learn that is the only song on the album not mixed by François Kevorkian; it was mixed by Flood and Daniel Miller. After one last reading of the song's title at 4:21, a hidden instrumental titled "Crucified" plays out as a coda to "Enjoy The Silence".

MM: this one has a smoldering dance beat to it. I remember it well when my wife and I would go out to clubs just before and after we were married in 1990. There is a hint of a rhythm snippet in the background that reminds me of the Bee Gees' "Jive Talkin'"; you have to listen carefully to pull it out.

"Policy of Truth" was the album's third single and it also contained a non-LP b-side, "Kaleid". It is the only Depeche Mode single to chart higher in the US (number 15) than in the UK (number 16). It became the group's second consecutive number 1 on the Modern Rock Tracks chart while settling for number 2 on the Hot Dance Club Play chart. I particularly enjoy the call and response synths on this song and agree wholeheartedly with what I perceive to be the message of the lyrics: It's about always telling the truth, right?

MM: another song with a great hook here and a dance floor favorite. Depeche Mode really set the bench mark for synth-dance music for the better part of a decade, including this album's three major hits. Good stuff. And, I agree with Herc about the message - the truth will set you free and keep you out of the doghouse.

"Blue Dress" has an eerie, whining synth sound that kept me from hearing the whole track for many years. Once I did listen to it, I heard the album's other hidden "Interlude" start at 4:18 and leads right into the next track.

Pink Floyd fans will immediately recognize the beginning notes of the album's final song as the opening bass line of their "One Of These Days". However, once the vocals begin "Clean" becomes its own song wherein the singer confesses to be "clean...sometimes.”

In 2006, Violator was released as a two disc Collector’s Edition. The second disc, in addition to a documentary and several multi-channel versions of the album, also features each of the non-LP B-sides. The Digital Version available for streaming contains the original album followed by the six B-sides.

Someone I used to know introduced me to "Personal Jesus" late one night in the parking lot after work, where we often hung out and enjoyed each other's audio systems. I bought the 12" single within a couple of weeks and became obsessed with the song. Totally missed the album's release until just before the birth of my second child in November 1990 when I happened to hear "Policy of Truth" on a Friday night remix show on the radio. Bought the album the following payday and it was the last CD I bought for three months. Like all Depeche Mode albums, listening through headphones yields sonic delights. Can't believe it's been twenty-five years.

Thanks, again, Herc, for doing a review of this 90's album. I only have the three singles I commented on above (thanks to a greatest hits compilation), but I will definitely be giving the rest of it a spin on Spotify very soon.

This new guy's a bit wordy don't you think, Martin?

No complaints, buddy. Thanks for the review.