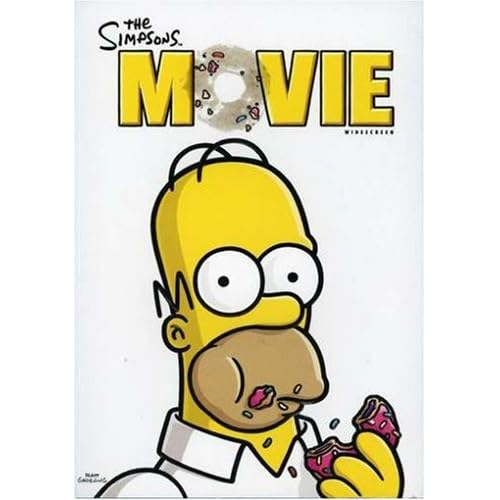 I was a follower of the Simpsons family from their first shorts debut on the Tracey Ullman Show. That was back in 1987, when FOX was still a struggling network that could barely put on three nights of new programming. Still, something about that dysfunctional family resonated even from the early shorts - enough to earn them a Christmas special and then a full-fledged show. Since then, it has become the longest running animated show on television.

I haven't been a regular viewer of the show though since about 2003 - the same season that FOX decided to cancel Futurama, another great animated show from the mind of Matt Goening. I think this was about the time my son was old enough to understand things he was seeing on television, and that some of the humor and double-entendre of the show would be things I wouldn't want to expose him to. So, I pretty much skipped the show to only catch the occasional episode every now and again.

Today, after an hour long morning workout at the YMCA and a lunch at Ryan's buffet, I was on the couch flipping through the guide on the TV only to find that 2007's The Simpsons Movie was about to start. Sure, I knew about the film from the promos. Who wouldn't? Who can't help but sing "Spider-pig, spider-pig..."? So, for old times sake, I decided to give it a viewing (as I did not see it in the theatre).

I have to say that I enjoyed it. Sure, this isn't academy award winning writing, but I don't expect that from the Simpsons. There was some great in-jokes, a bunch of silly humor, appearances by all the main staples from the show, and it was a huge storyline that flowed from situation to situation fairly well. And, despite all the jokes and the crudeness, there was at the heart of the film some heart. These may be drawn characters but they have at their very core still have an emotional center that every family can relate to. And that's the charm that has endured them and their show to us for the past two decades.
Posted by Martin Maenza at 3:09 PM